Surround yourself with people that are there already. You need to have certainty in your numbers. You have to have that certainty around your business. Associate yourself with other people and other businesses, and until you can see that there are ways that other people have done what you’re trying to accomplish, then you get kind of stuck in your mindset. You have that dream and inspiration that there’s another way, and you start moving in that direction.

Networking with people you associate with is the best way to be introduced to a new perspective. Dr. Phelps shares that where ever you are, you know somebody in some circles you run in. Start asking about how they learn and what their resources are. Be willing to step out of your cave in your current business, and reach out and start finding those people because the inspiration for living the life you want to live comes from seeing other people who have actually done it.

Dr. Phelps is a huge fan of knowing his numbers. He explains in this episode that until we know we have certainty by the numbers, then we’re too afraid to make a change, and we keep doing what we’re doing, and that’s just a life of just ongoing routine which will make people kind of desperate to make a change somewhere down the line.

Are you ready to learn more? Listen to this informative episode and let us know your thoughts. 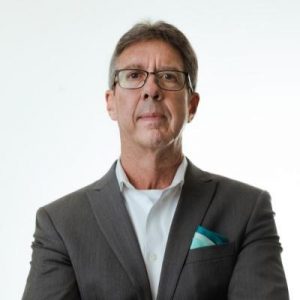 David owned and managed a private practice dental office for over twenty-one years. While still in dental school, he began his investment in real estate by joint-venturing with his father on their first rental property in 1980. Three years later, they sold the property, and David took his $25,000 capital gain share and leveraged it into thirty-one properties that later produced $15,000 monthly net cash flow.

Life was good. The sky was the limit – until the dark day that David’s daughter, Jenna, was diagnosed with Leukemia. In the midst of cancer treatments, epilepsy, and ultimately a liver transplant for Jenna, David made the crucial decision to leave clinical practice so that he could spend every moment with his daughter.

David’s “Plan B” (a portfolio of cash-flow producing real estate assets) gave him the Freedom to focus 100% on what mattered most. Jenna won the battle with the disease, and David still enjoys the Freedom to cherish every moment with her that he can.